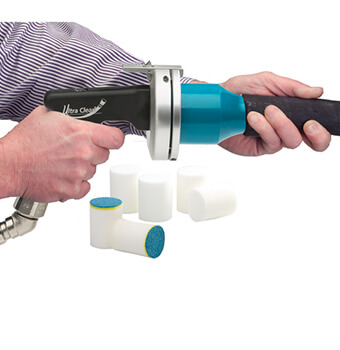 Bridgeton, New Jersey, February 10, 2014 – The year 2014 will be a significant year for Ultra Clean Technologies Corp. as the company sets its aim toward expanding their international sales and services.

Effective January 1, 2014, Eric van Alphen, previously the Director of European Sales, was promoted to Director of International Sales. He will answer to the CEO of Ultra Clean Technologies, Bruce Riley. In this new position, van Alphen will be responsible for implementing an international sales initiative to target key markets and growing global economies. Assisting him in encouraging growth in the South American region and other Spanish-speaking countries, Ultra Clean recently hired Joemy Nunez, a native of Puerto Rico, whose previous experience included saleswoman and branch manager for Susquehanna Bank. Joemy’s unique background as a sales liason to the large and diverse local Hispanic clientele gives her a valuable edge in working with the various South American distributors.

“These recent changes are an important step in expanding our opportunities in international markets,” commented Bruce Riley, CEO. “It has always been important to us to have service representatives speak our customers’ language. Eric is able to speak German, Dutch, English and French, and now Joemy will add the much-needed Spanish component.”

South America is a key component to van Alphen’s International Growth Plan and will become a large focus of sales efforts as Ultra Clean looks to capture business in the region’s up-and-coming industrial economy. Van Alphen is already eyeing new tradeshow and networking opportunities, such as ConExpo Latin America scheduled for 2015, and plans to make valuable connections at this year’s ConExpo/IFPE show held in Las Vegas, NV.

“We need to strike while the iron is hot,” van Alphen states. “There is so much global opportunity and Ultra Clean Technologies is poised to capitalize on the expanding markets.”